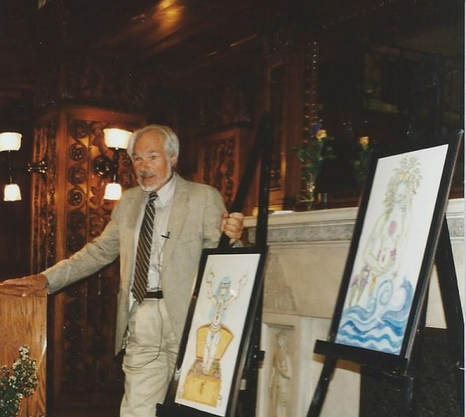 Reflections on Katelyn's art work given in 1996 by the late Ron Mangravite
(Spiritual teacher and expert in the universal nature of symbolism, mysticism and mythology)
at the opening exhibition of her "Awaken The Goddess" meditation images

x
"What I am here to share with you is some relatively academic knowledge which I thought was rather superficial and well known to Katelyn, but to my surprise, none of her work came out of academic studies.  It just came up out of where it is supposed to come out of, which doesn't really happen much anymore.  For me this presentation is a question of introducing a real live person who is doing extraordinary stuff.

This is not an opening of just some pretty exciting art, this is a public introduction to a woman who has found her inner identity in such a way that it transcends anything she is as a citizen, and inhabitant of Minneapolis, even as a woman and certainly as an artist.

I began studying exactly what is happening in the consciousness of a person who can get theses phenomenal telepathic test scores, who can heal someone by touching them with their hand, who can walk into a so called haunted house and precede to describe with relative accuracy the past history of some of the people who lived there.  Where does that come from?  Rather than saying that it's a weird thing, I wanted to know the why of it.  The pursuit of that converts the searcher.  I became a mystic and then discovered some of the things that are going to give me great pleasure to point out how Katelyn is also discovering these things.

If people have discovered that they are driven to this search to find mystical openings for some kind of spiritual awareness, they traditionally tried to find ways and means of allowing their inner cravings to somehow take form.  They try to find ways to get them up and out of themselves and find a medium of expression.  What people do if they are fortunate is to find an established group or teaching methods.

It was known that in order for a person to understand something of what lay ahead in the metaphysical path to enlightenment they had to first understand themselves.   They had to understand and sort through their own identify and distinguish between those elements which were imposed by culture, and those elements which were genuine to them and those elements which were universal.  this involved a tremendous amount of inner pain and searching because when you are trying to tell the difference between what is you and what is simply an appendage, the only way you can do it is to cut it and see if it bleeds.  Artists who are working, whether in fiction, or the graphic arts, or in dance or anything else, know that if they are going to do something that has never been done before it has to be covered with their own blood.  It has to be a thing that comes from a piece of their own flesh, taken out of the body and molded.

A master of such initiates would look at the images they dredge up from their subconscious and know instantly whether they were simply copying stuff that was in the air, whether they were taking designs from the wall, or whether they had found someone else's pictures.  They would know whether this was their truth or not.  If it was their truth this would have in fact been a masterpiece that would allow you to graduate and say, "I know my own identify, I am free to do this".

In attempting to find her identity, which is the Goddess, and find ways she could manifest, she apparently went down deep enough to get totally past Katelyn, to get totally past everything but her femininity, because these images are the Goddess.  Katelyn dug down deep enough to get past anything that is the person and found real legitimate expressions that came from such a mixed bag of a culture that it would be very difficult for her to have truly cheated.  She does not know that some of these symbols are Babylonian, Sumerian, Chinese, and Welsh.  She cold not possibly known without at least 10 or 15 years of study.  She could not have made this mixed bag up by faking it.  It has to come from someplace very real.

And therefore, I am extremely privileged to be here to be more or less, the official midwife to announce to the world that this is not just an artist - Katelyn is an initiate of consciousness." 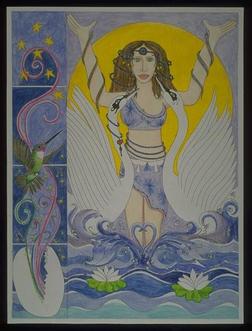 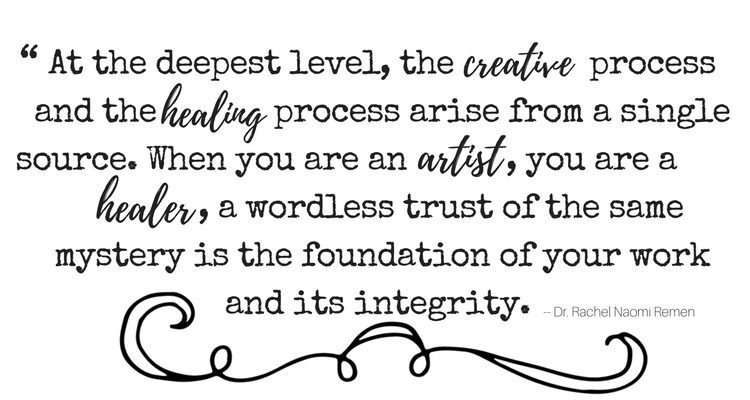