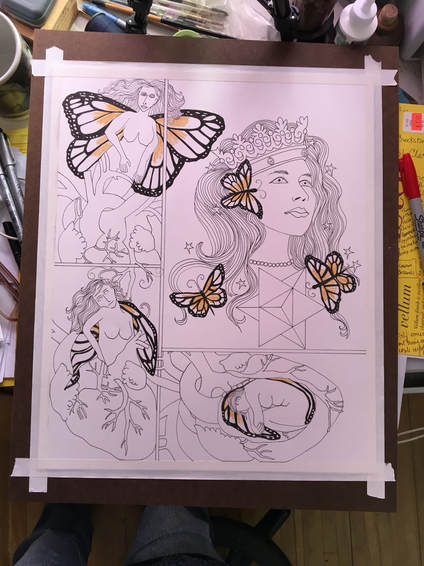 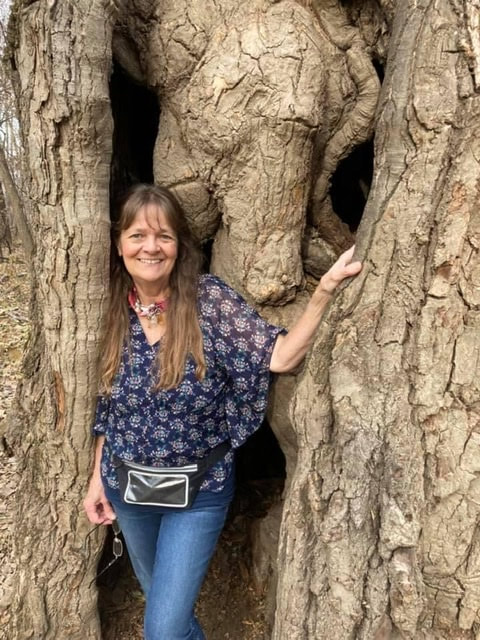 ​Katelyn Mariah BFA, MA, LICSW
Katelyn is not your ordinary artist. She is a shamanic artist who paints images that transform the viewer.

She is a visionary artist as well as a trained expressive arts therapist with training in art therapy, sandplay therapy and play therapy.  She has been an artist since she was a young girl.  Katelyn studied fine arts at The Minneapolis College of Art and Design and the University of Minnesota, where she earned a Bachelor of Fine Arts Degree.  She received her Masters Degree in Human Development from St. Mary's University in Winona, Minnesota, with an emphasis in Art, Art Therapy, and Child Abuse.

For 26 years Katelyn has pursued both a career in Art and has worked as a psychotherapist.  She has been able to use the combined gifts of art and psychotherapy to work with children at risk of abuse and neglect and their families in numerous settings including:  emergency shelter, residential treatment programs, a community center in a challenged neighborhood, in schools, as the director of a Therapeutic Preschool, in in-home family therapy and private practice.  Katelyn served as the president of The Minnesota Art therapy Association for a two year term and on the Board of the Minnesota Sandplay Therapy Group for a three year term.

As an outgrowth of her work with children, Katelyn designed and developed a self published therapeutic game for children that helps them explore and express healthy anger.  The game, "Angry Animals" is now published and sold internationally by Kidsrights, a company that specializes in therapy tools for children.  It has been one of their best selling games for a number of years.  See link for further information about Kidsrights.  Katelyn started her own publishing company and has published 3 books.  Her award winning books are intended to empower adults and children to live better lives.  See her books at Mystick Creek Publishing

Katelyn has had a graphic arts studio for 30 years where she was able to utilize her skills in numerous ways.  She developed a mail order business selling original stationary to people around the world.  This business included a line of custom designed stationary for people who were adopting children and also a line of wedding invitations.

After working as a graphic artist for a number of years a near-death experience in 1985 changed her life and the way she created art.  This experience brought her in touch with deeper dimensions in life and on higher planes.  It also brought her into a deeper relationship with The Creator, through the aspect of the Divine Feminine.  Visionary art is a shamanic process where the artist goes to higher realms, comes back with new information and brings it to life through an image on the blank canvas.

Katelyn has been a student of metaphysics for many years. She is an ordained Priestess of the Goddess.  She has explored shamanic traditions throughout the world including Native American and Australian Aboriginal.  she has studied with a shaman from Peru, a Cherokee lineage holder a Chilean Medicine woman and a teacher in Hawaii.  Incorporated into that is a study of the writings of Rudolf Steiner, Tibetan teachings, mythology, numerology and other metaphysical subjects.  Katelyn has traveled extensively in Mexico studying sacred sites.

Katelyn uses a shamanic/intuitive means of creating art that gives form to the sacred.  The artwork is intended to reach inner levels so an energetic dialog can begin between the art and the viewer.  Katelyn's original watercolor paintings are fresh, playful, whimsical and yet deep and powerful.  For more information about her creative process see articles included in Creative Expression section.

In 2012 Katelyn began studying the Mischetechnik with Philip Rubinov-Jacobson who study for years with Ernst Fuchs, Austrian leading in this painting movement.  She has studied at month long seminars around the world. Learn about the Mishetechnik 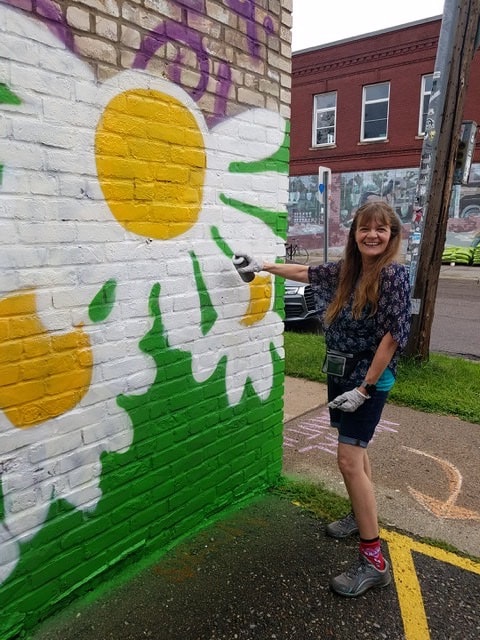 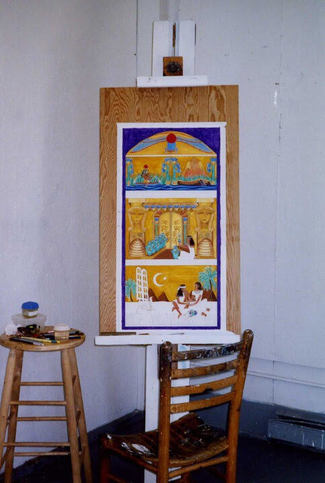 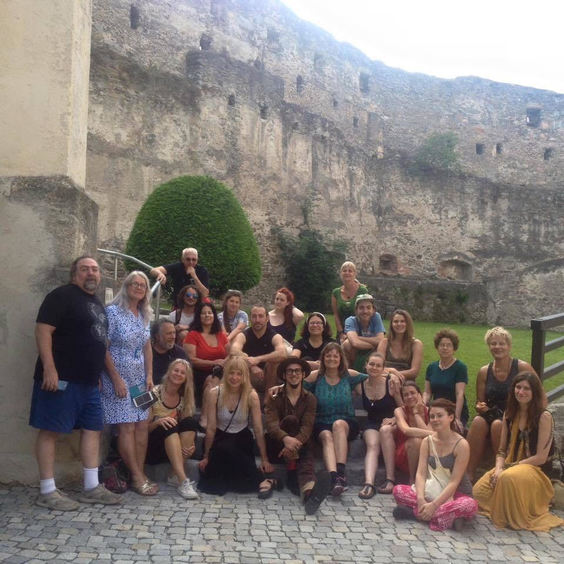