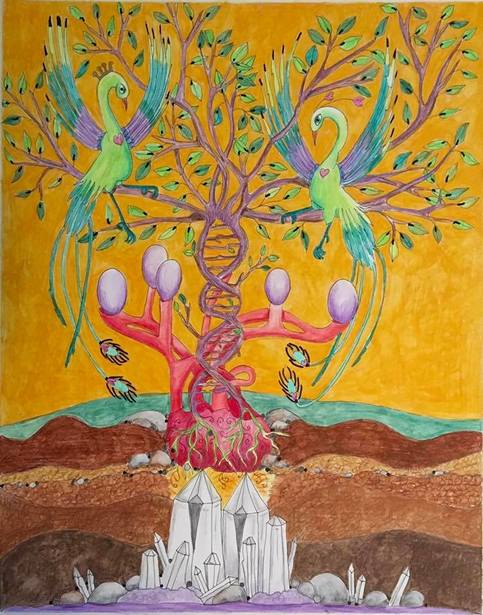 “You are starting out with something of yourself in your creations- there is a moment that the work takes on a life of it’s own-and in some magical way that I can’t explain-it connect s with the person looking at it. It goes on to communicate its message in its own way, to each of us, like a living part of the Universe.” Scotty from France 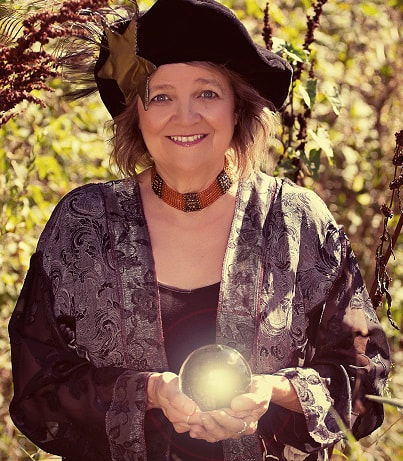 What the heck is visionary art?

For some it happens when using psychedelic drugs. Some come by it naturally without the use of drugs.

Here is what it is for me.

In 1991 my third eye spontaneously opened up and a blue ray shot out of my forehead. My boyfriend of six years saw it and was shocked. I didn't realize what had happened because I wasn't in my waking upprocess at that point. That sure put me on that path very quickly!!! We broke up soon after that, his idea.  I imagine it scared him and he didn’t know how to process it.

Soon after that my visionary art began.
I believe my third eye and pineal gland were activated. The pineal gland and third eye are the eye of mystical awareness. The pineal gland secretes the chemical DMT (Di-Methyl-tryptamine), which creates lucid visioning om induces mystical experiences. I became a mystic and frankly over the years that scared me.

My art is visionary because of the process of lucid visioning. Images just drop into my third eye that contain, ancient wisdom, wisdom from the future and transformational information, that comes from a higher consciousness. I usually don't understand what it means until I do research, but I listen, trust what comes to me and I paint it. You can look at one of my paintings and maybe not understand what you are looking at, but you are touched at a soul level.

I might be somewhere and can't capture the images in paint, which happens in my car a lot. Yet the image stays with me until I can paint it. That is how the 44 images for Awakening the Goddess happened. That was my first major visionary project.

“The pineal gland has long been thought to be the seat of consciousness and tied to both mystical practices and psychedelic effects of DMT.”  Dr. Rich Strassman conducted serious experiments on DMT and the pineal gland in the 80’s and 90’s and thought this to be true as well. Cultures around the world have suggested a connection between the third eye and pineal gland.

Rene Descartes coined the Pineal gland as “ the seat of the soul” because he believed it provided people with a medium from which our soul could be expressed through our physicality.

Word, symbol and image are so interesting to me, because they can have so many different meanings to people. I am intrigued by the deeper more subtle meanings of things and how you can look at an image and it speaks those subtle meanings to the soul where it is understood on a deep level.

This is my psychic gift and what I am here to do. Even though I have painted 100's of paintings I have put my gift on hold several times for a number of reasons. Often it was because I couldn’t support myself financially and paint, a common theme with artists. Maybe another reason was that people might go away like my boyfriend did because they don't understand. That's okay with me now. I can't not paint any longer. It was detrimental to my heart! ❤️

Now that my heart is open and healed I am in a prophetic, prolific state right now and images are coming one after another like they did when my Goddess Deck was created, that is why I am painting so much. My higher consciousness has something to say.

I can do this lucid visioning for other people in the form of soul paintings. kSoul Portrait Mandala

x
Group gathering at the home of Peter Gric in Austria. 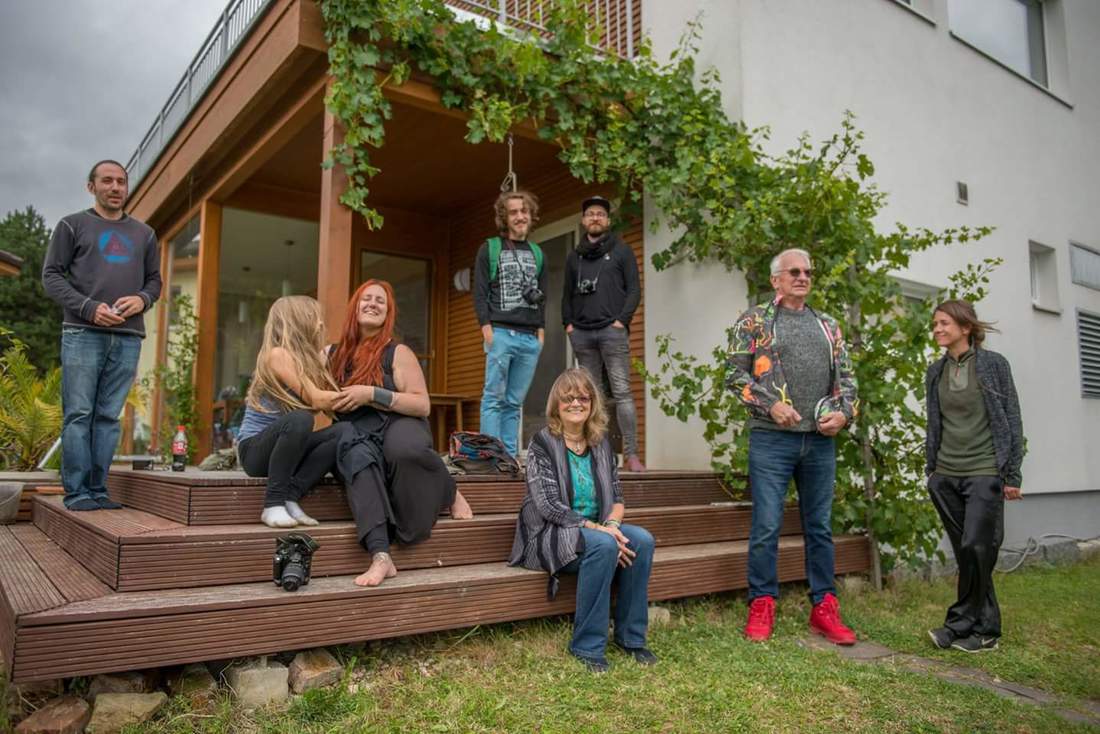